How to improve your pronunciation in ANY language – Part 1.

At last. A blogpost from me, yaay! I want to give you some pronunciation tips.

What can you do to sound more like a native? 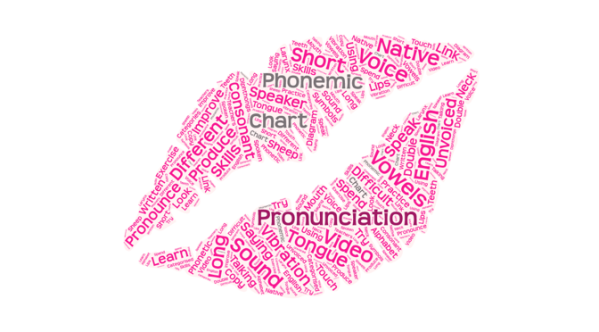 Today I’m going to write about the 1st thing on the list:

Learn more about your native languge

If you want to learn to pronounce the words correctly in ANY language then you have to get to know your native language a little bit better. This may sound weird, but true from a linguistic – and from the language learner’s – point of view.

It starts with the baby… a newborn has the ability to hear all sounds of all spoken languages around the world. Of course she does not meet all these languages, but if she met more than one, she would be able to learn them. Just to give an example: if a Scandinavian baby grows up in Tanzania and if she is regularly surrounded by native speakers, she will probably speak good Swahili. Or if a German family accepts a Russian au-pair who will use only and exclusively Russian with the child for many-many years, chances are eventually she will be able to speak perfect Russian.

There you see, it has nothing to do with genes. The baby keeps her ability to hear all sounds of all languages until she becomes 6 months old. Yes. Only until then… not good, I know! But babies develop fast. This first stage of life is utterly important.

At that age (or a bit earlier than that) she begins to gradually loose this ability (some say that by this age the loss has taken place). This is so, because the child is surrounded by native speakers of one given language (or given languages), therefore, she will have no need to hear sounds of those that are not around. She gets attuned to this particular language. Anyways, she can do this easily with up to 4 languages!!! Baby brain is amazing, isn’t it?

When the baby learns to speak, she learns how to articulate in order to produce particular sounds of THE given language. And it means his ability to produce sounds will become restricted to the sounds of the native language.

So where does that sound come from, let me see 🙂

But still, it is of great help if the learning process begins before the child turns 2 as it makes her more capable of acquiring a perfect pronunciation of a foreign language. Luckily, until age 6 it continues to mean less difficulty than for an adult language learner.

I hope I am not discouraging you, I do not intend to.

So as not to disappoint you completely, let me tell you that I once met a 19 years-old native Russian, who moved to Hungary when he was 9 and had close to no accent. But this is a different story… he lived in the country and probably having a good language aptitude was also of a help.

You see, problems start just then when we go to school… (Hungarians usually turn 7 in first class). Hence my opinion about not waiting to start foreign language teaching until formal education begins.

So children loose the ability to hear all possible sounds that may exist in the world. There are so many of those sounds, they are simply uncountable! But from a particular age on children will hear no more than just those that exist in their native language.

This is the reason why many students listen to some sound files or watch YouTube videos that try to explain them the differences between 2 sounds and they just simply cannot get it!  ‘What?!? Is there really a difference here?! What should I hear?!’

And when someone is older than a child and tries to speak a foreign language, they will use what they have. The sounds of the mother tongue.

Of course there will be a lot of sounds that you can learn to pronounce in a foreign language right away. But there will always remain some that you just won’t even be able to hear, I’m sorry. Or at least not right from the first moment on, because there is simply no such sound in your language and you did not meet this foreign language early enough to continue to hear its sounds (before you turned 2, but rather before you turned 6 months old). With loads of practice you may start to hear them and after that you may start to practice pronouncing them. But nobody can promise you that you will really, completely succeed and become like a native speaker. Maybe you never will and you have to accept the fact! 🙂  that’s fine too. It does not mean giving up it just means you cope with something inevitable and unchangable. I really do not want to discourage you. Having an accent is a natural thing, we just always want more.

Don’t give up too early. It is essential that you be patient, because sometimes it takes years before you get the hang of something! And pronunciation can be such a thing!

We don’t want to be misunderstood

What can you do?

First of all, you have to get to know more about the sounds in your native language for the above mentioned reasons. You have to read a bit more about how you articulate in your own language. What special sounds you make when speaking your language. What is important in your language. Is there something like a stress that falls always on the same syllable? (in Polish it is always the second from the last, but in Hungarian the stress is always on the first syllable. Anyways, when speaking Hungarian, never pronounce that first syllable any longer than the others, as e.g. a Russian would do, just stress it).

But the easiest way to learn more about your native language is to listen to country fellows speak the language you learn!

Or course it will not work on the complete beginner’s level, but as soon as you get a bit familiar with a language, it will. And you will hear them make the same pronunciation mistakes, like a strong or weak ‘r’ sound or saying all the time ‘á’ instead of ‘a’. Whatever. I just mentioned two possibilities to give you an illustration of what I mean.

There are specifications that you inherited from your mother tongue. Otherwise there would not be a clearly distinctive Russian, Spanish or Czech accent and so on, when one speaks a foreign language. Hungarians have their special English accent too. It is hard to get rid of it.

English native speakers make their own mistakes in Hungarian. Now probably you think of ‘gy’. But did you know that for them it is hard to hear the difference between ‘í’ and ‘é’ ?

When I made special accent training for a Russian girl, I worked with my own exercises that were designed for the sounds of Russian language. (I learned Russian linguistics). This way she could speak a lot more clearly after just 3 sessions.

The vowels ‘o’ and ‘a’ also mean a lot of difficulty for many.  I have a good story with this if you excuse me for using this word… which means… well… shit.

One of my teachers at university (not a native Hungarian, but he speaks perfect Hungarian) wanted to say:

Anyways, nobody laughed. Nobody dared 🙂

What I have not mentioned in this blogpost so far and may be a bit more couraging is that most of the times native speakers find it very nice when a foreigners speaks to them regardless their existing accent and the mistakes they make.

The Most Frequent Tags